To make a long story short... I started programming in middle school (taking online courses through the Johns Hopkins Center for Talented Youth). During highschool I interned at a few non-gaming companies and completed a research project that placed first at the New York State Science & Engineering Fair. My research led me to study Computer Science at Stanford. After my freshman year, I landed my first industry gig at Zynga and founded my indie company which later released the hit indie game, NoStranger. While studying at Stanford, I continued to intern at companies, produce indie games, and teach game development. After graduating from Stanford, I landed a gig working on Call of Duty. I worked there a little over a year and then took on a role at id Software.
2021 - 2022
Began working at id Software

0000 - 2015
Worked for two consecutive summers as an intern for NASA
Interned at SS&C as a java programmer
I was born a fat little baby in Plainview, NY 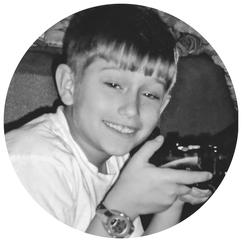